Oligospermia is a disease when the men’s ejaculation of semen contains less sperm count than the one necessary to make a female egg fertile. Some other complications that are included in male Infertility, which may or may not be seen in the patients of Oligospermia, are the inability to stay erect and premature ejaculation.

According to World Health Organization (WHO), a person is said to be suffering from Oligospermia when his sperm count is lower than 15 million. A person whose ejaculation contains nil sperm, I.e., 0, is said to be having Azoospermia. When a person has a lower sperm count, it reduces the possibility of making the female’s egg fertile.

Oligospermia is a major reason behind Infertility, and in most cases, couples diagnose it when they are unable to conceive a child after taking enough attempts. So let us understand why Oligospermia and fertility of men are linked to each other.

Males with lower sperm count are also observed to experience fertility problems where they could not fertilize the egg, or it takes more attempts than normal couples for fertilization. A reason behind this could be the low motility of the sperm. In many cases, it is observed that many males with Oligospermia report low motility. As a result, the sperm cells fail to swim and reach the egg to fertilize it in these cases. As only a couple of thousands of sperm cells reach the fallopian tubes, from which only hundreds of them make it to the ovum, others disintegrate in the process. Oligospermia makes it worse because when the sperm count is already low, enough sperm cells will not survive until they reach the egg. 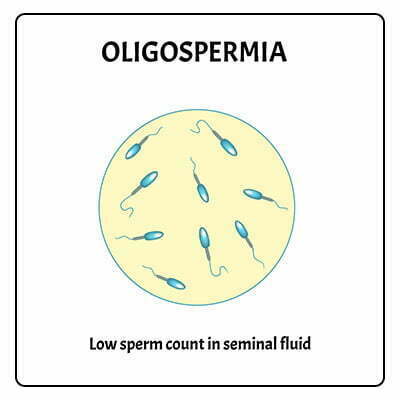 A sperm count depends on several hormones produced from the brain, testicles, and several other glands. Any imbalance or problem in their production could lead to lower sperm count.

It is a disease in which the veins in the bags that carry the testicles (scrotum) swell due to the draining of fluid in it. This could be a cause of Oligospermia.

In several cases, genetics is the reason behind the disease.

Longer use of medicines like antibiotics, drugs to maintain blood pressure, and beta-blockers may cause the patient to have problems related to ejaculation or reduced sperm count in the semen.

A common reason behind the problems of Oligospermia includes the increased temperature e=around the testicles often. This could happen due to placing laptops over genitals, frequently sitting, and wearing tight clothing.

Excessive use of alcohol or smoking a lot could be the cause. Another lifestyle factor could be obesity, as excess weight directly affects the making of sperm count.

Frequent use of several substances like cocaine, marijuana, and steroids may lead to reduced sperm count.

Several problems in the ejaculation of men could be the reason behind low sperm count. Retrograde ejaculation is a condition when the semen enters the bladder instead of normally ejaculating. Some other possibilities could be an injury, tumour, cancer, or any past surgery.


Yes, while many people think it is an incurable disease, Oligospermia could be cured with the proper treatment. Homeopathy is the treatment that provides the best procedures and medications which are too easy to follow. Homeopathy uses no surgeries and cures the disease within the body. The medicines are prepared from natural means acts and act on the root causes of the disorder. Bharat Homeopathy has cured thousands of men with varicocele and other infertility problems with the help of a very effective homeopathic treatment method. Our experts prescribe the medication on the condition and severity of the disorder in every individual patient. The course of medication promotes spermatogenesis by acting on improving the testicular function, which ultimately results in normalizing the sperm count. We have helped our patients to conceive their ones naturally with a healthy sperm and normal sperm count. And we can help you too. 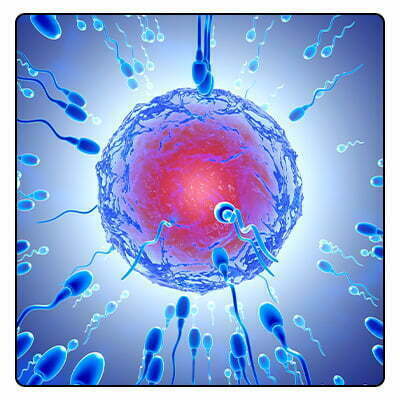 In major effect of low sperm count is the inability of the male to conceive a child. In some cases, there are no other obvious symptoms visible. In most the case of Oligospermia, the symptoms that the patient notices are given below:

Oligospermia and Fertility problems could cause other complications to the person suffering from the disease.

-While the man is the sufferer, both individuals in the couple face the stress.

-For curing the root cause, the necessity of taking treatment for other problems

-People are told to take expensive treatment procedures like IVF

Some of the risk factors that may lead to Oligospermia or low sperm count are:

-Having an infection in the reproductive system

-Damage or injury to testes


Bharat Homeopathy provides a treatment that increases the sperm count effectively and helps the men to father a child naturally. Our treatment not only helps raise the sperm count but also improves the patient’s motility and morphology. The surgeries included in other treatment methods are too expensive to follow and have many side effects. Bharat Homeopathy includes medicines that are too easy to follow and do not include any surgery or side effect in the process. Homeopathic Medicines for healthy sperm are effective in all sperm abnormalities and have shown crucial results in 95% of patients. Treatment procedures in homeopathy handle the cause and stimulate the body’s healing power to produce more sperms. Promoting spermatogenesis homeopathy has crucially helped patients get healthy sperm and more confident life.
Avail Free consulation or
Call Now 9958318261
Tags: bharat homeopathy, homeopathic treatment